I became a teacher because I believe that education is the most powerful means of helping people to improve their lives. Each child has the potential to succeed and it is the responsibility of all who work in the school to ensure that this happens. At Haywood, we have a moral duty to eradicate achievement gaps and to help our students become high performing and well-rounded citizens. Throughout my career, my focus has always been on school improvement for the benefit of both students and staff.

I began my teaching career in 2004 after working in the manufacturing industry and after a short spell in the British Army. After gaining a First Class Honours at Manchester Metropolitan University, in Design and Technology with Secondary Education, I took up a position as an Electronics teacher. After two years of teaching, I was successfully appointed as a Lead Practitioner across two secondary schools in urban Manchester and assisted in the amalgamation and new build development.

I became an Associate Assistant Principal in 2014 whilst working in Manchester, where I led on Pupil Premium, curriculum development and culture. I then went on to secure a substantive Assistant Headteacher position at Trentham Academy, our sister secondary school within the City Learning Trust, in 2015. At Trentham, I was responsible for Data, Curriculum, Outcomes and Timetabling. In 2015, I secured my Masters in Educational Leadership and Management with Cumbria University. After a secondment position, I was made substantive Deputy Headteacher of Trentham Academy in 2019. I completed my National Professional Qualification of Headteachers in May 2019 and joined Haywood Academy as Senior Vice Principal in June 2020.

I have represented the teaching profession by speaking at the national NQT conference for the Specialist Schools and Academies Trust (SSAT) and also contributed to their publications and regional training events. In addition, I was invited on a Quest to Brazil as a guest of the British Council to look at improving globalised education, which on return, I spoke about at the SSAT national conference to 3000 delegates.

I strongly believe that high expectations lead to high achievement and raised standards and I have a strong track record for school improvement. I work relentlessly to ensure that every student can reach their potential academically, emotionally and socially. It is a privilege to work at Haywood Academy and to serve our local community 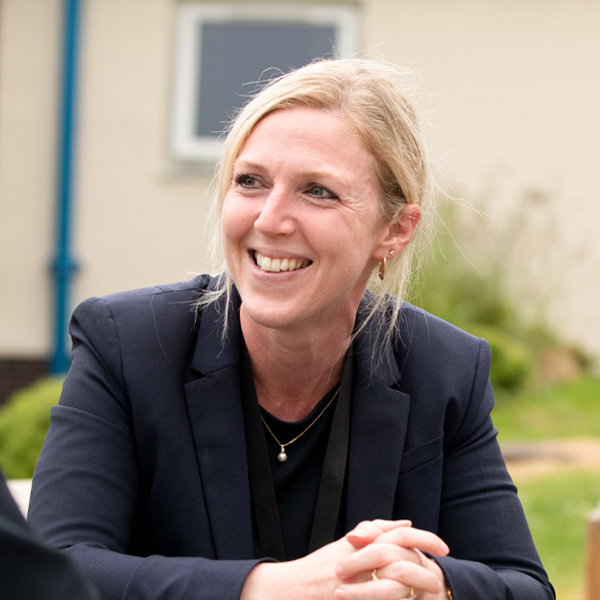 Part of the City Learning Trust

Part of the City Learning Trust